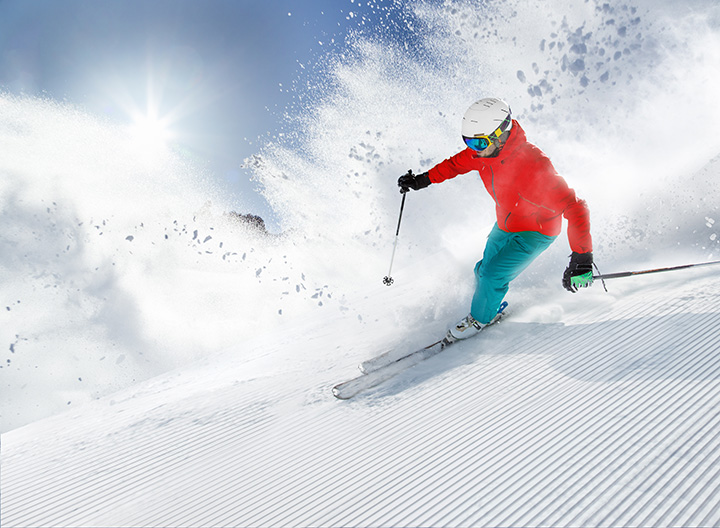 Catamount Ski Area, located on the Massachusetts / New York state line near South Egremont, Massachusetts, is one of the oldest original operating ski areas in the Northeast.

The careers of its owners, the Gilbert and Edwards families, ski area management is extensive – going back more than 60 years.Catamount first opened in 1939. The mountain was served by three rope tows - two 1,000' long, the third 800' long. A 500-vertical-foot climb was required to reach the summit.On the morning of December 7, 1941, an article appeared in the New York Times touting a wonderful new ski area in the Berkshires. Unfortunately, that same day brought tragic news from Pearl Harbor. With the nation on a war footing, Catamount closed until the winter of 1946-47.

The first generation of Gilbert and Edwards, Bill and Don, began their ski industry careers seven years later, when they took over management of the small ski area Fahnestock. The following year, the partners leased land from the State of New York and opened the Silvermine ski area.

Skiing really started to grow in the Berkshires in the late 1950s, with the opening of the Jiminy Peak and Butternut Basin ski areas. In the late '50s or early '60s, the Brodie Mountain ski area - now closed - also opened.Also in the early '60s, Bill and Don created the Sterling Forest ski area in New York State. Sterling Forest is still in operation; Fahnestock and Silvermine have long since closed.

The partners and Catamount remained on parallel courses through the '60s. Bill secured his place in ski operation history by creating and marketing the first airless snowguns - a highly energy-efficient snowmaking process that utilizes electrically-powered fans, rather than compressed air, to create snow. The company he founded, SMI, became a leader in fan-type snowmaking, and remains so today.At approximately the same time, Bill joined the newly-formed New York State Tramway Board - one of the first such boards in the world. In that position, Bill played an instrumental role in creating the tramway codes now used to ensure ski lift safety worldwide.In 1974, Bill sold his interest in SMI and, together with Don, purchased the Catamount ski area.

In the subsequent 30 years, Catamount has remained one of the top recreation draws in the Berkshires, thanks to philosophy of continually improving and expanding the ski and snowboard product.The son’s, and current owners,  Tom Gilbert and Rich Edwards have also grown up at all of these ski centers operated by their fathers, first as participants of the sport, and soon after, as employees in almost all facets of the business.

Since acquisition, the team has added lifts - including two chairlifts and a Wonder Carpet; greatly upgraded facilities for beginner skiers and riders; and nearly doubled the amount of skiable terrain at the mountain.Trail expansions and improvements included such popular runs as Sidewinder (originally built in 1990, and re-cut and re-graded in 2001; Catapult, the steepest run in the Berkshires; Upper Promenade, which now gives beginners a mile-long run and affords more experienced skiers a 2 ½ mile route from the summit, and one of the Berkshire's best snow terrain parks.

In 2006 , Catamount replaced the old Ridge Run Double Chair with a new Summit Quad Chair Lift.This increased uphill capacity to the summit tremendously. Also, Boardercross was moved to Sunrise and expanded for double the fun.Snowmaking has been continually expanded and improved upon over the years. Upon purchase, less than 25 percent of the mountain's terrain was covered by snowmaking. Today, more than 98 percent of terrain is covered - using updated versions of the snow guns Bill invented nearly 40 years ago.

Both Tom and Rich can be found almost anywhere in and around the mountain both winter and summer (as well so spring and fall).  So the legacy continues.

Catamount Ski Area is not affiliated with AmericanTowns Media
Share